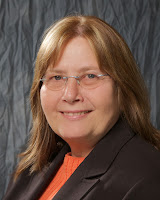 Arlene Hache is the Executive Director of the Centre for Northern Families in Yellowknife, . The Centre offers a broad range of services that support multi-stressed and marginalized families.  She is well known across the North as an advocate for social change and is a founding partner in the development of therapeutic programs and in-home family support services designed to support families recovering from trauma related to colonization and ongoing violence.  Arlene was awarded the Order of for her work in the North in 2009.
As a habitual “no show” patient, I listened to doctors, nurses and health planners in community meetings try to grapple with the challenges I and others pose in terms of lost time and money when we fail to keep medical appointments.  They appeared to be frustrated and puzzled.  I was surprised, not realizing that my personal decisions had such systemic repercussions when they were simply based on how I felt that particular day.  All of us in the meetings were committed to improving the health system and its outreach to marginalized populations.  In response to the discussion, I reflected on the underpinnings of my own behaviour and recalled the numerous conversations I had had with women over the years about their experiences interacting with the health care system.
For me, it really boiled down to the residual dregs of a long-time pattern of self-hate that revealed itself through sporadic attention to my health.  Other women, particularly those from small, northern communities who stayed at the emergency shelter exhibited similar responses.  Other factors that created barriers for First Nations and Inuit women included low-literacy levels, English as a second language, cultural differences and a lack of trust or comfort with mainstream service providers.  It was these needs that gave impetus to the establishment of a medical outreach clinic at the family resource centre in Yellowknife through a partnership with the local college, a medical clinic and the regional health authority.  The clinic was held one day a week and offered on a drop-in basis.  It was open to the community, but was situated in the same building as the emergency shelter for women who were homeless.  It was also used as the pilot site to introduce the doctor and nurse practitioner team in the North.
The outcomes were interesting and the rewards were instantaneous.  The doctor and nurse practitioners fit into the chaotic nature of the family resource centre like a glove.  On the other hand, substitutes not so much.  We learned it takes a particular kind of personality to work successfully in a community-based setting.  People from the general public mingled with women from the emergency shelter in the kitchen as they drank coffee and ate bannock.  At first, both groups appeared to be tentative with each other, but as time passed a real familiarity and comfort level developed.  We learned community-based services create an opportunity to build inter-cultural understanding and acceptance.  The 24 to 30 women who stay in the shelter attended the clinic on a consistent basis.  One elder who didn’t speak English and had been limping for several years from an unattended injury was finally diagnosed and got hip surgery.  Women with mental health and addictions received immediate support with appropriate referrals so incarceration rates were reduced.  We learned that locating services where people are, in an environment that they trust, removes barriers.  It has been five years since the clinic opened.  It has been a tremendous experience.  About 45 people still come to the clinic each day.
Key Words: Access to Care in the North, Patient Engagement, Primary Health Care