Alberta politics “catch up” and Ottawa “drops out”. . . 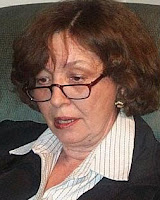 Wendy Armstrong, Co-chair Health Committee, Consumers' Association of Alberta
I am one of many Canadians with family members and close friends living in other provinces. I am also one of many Canadians who travel to other provinces for both work and pleasure and to meet family obligations. This makes the personal security and comfort of being able to count on a reasonably common set of healthcare services, standards and portability in our national public healthcare system important. So too is the cooperation of all the provinces and the federal stewardship that enables this to occur.

The value of this security was recently brought home to me when my otherwise healthy 91 year old mom-in-law arrived from Ontario this Christmas and her swollen leg led to eight days of outpatient IV therapy at a local Edmonton hospital - without any hassle or charges. It was also a far cry from our less pleasant experience last year when she broke her shoulder line-dancing in Ontario and was sent home from an ER in severe pain with her arm strapped to her body and told that “home care” would call her in a few days. We had little choice but to turn to one of this country's official private home care providers – Westjet.

Therefore the announcement that Alberta has now reversed its historic position and decided to participate in the Health Council of Canada is music to my ears. It’s good for Albertans and good for all Canadians.

The decision also reflects some remarkable events and changes in the political landscape of Alberta over the past year, including the unexpected victory of Premier Alison Redford in a nine-month contest for leadership of the of the Conservative Party following the resignation of Premier Ed Stelmach. Taking a position against greater reliance on private surgery clinics and proposing new family care clinics as well as promising to hire more teachers, Redford (considered a long-shot during most of the campaign) won on a second ballot.  When asked by reporters what she attributed this unexpected win to, she responded, “I actually think the province changed some time ago, and politics is catching up with it.”

Discouragingly, however, just when politics in Alberta have begun to catch up, it seems the politicians in Ottawa are dropping out. Recent federal government announcements that it plans on dropping out of equalization funding and federal stewardship of Medicare threaten common standards and portability as well as long overdue recovery of benefits lost as services have been decanted out of hospitals.  There is an important role for the Health Council in monitoring this situation.
Key Words: Alberta, Health Council of Canada, Health Accord
Posted by Health Council of Canada | Conseil Canadien de la Santé at 9:00 AM

Email ThisBlogThis!Share to TwitterShare to FacebookShare to Pinterest
Labels: Health Council of Canada