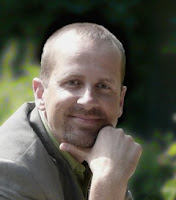 Stepping It Up – Let’s Begin Now!
There is much to commend the Health Council of Canada’s new Stepping It Up report on whole-of-government approaches to addressing fundamental determinants of health in the context of growing inequities in health between rich and poor. Few topics are more important. Or timely. Of particular note, the report goes beyond the available literature to distill the wisdom and insights of numerous highly placed key players with decades of collective on-the-ground experience. As such, it represents a significant contribution to the debate about how to best protect and promote the health of Canadians. On these grounds alone Stepping It Up should be required reading in every school of public health and public policy training program across the country.
Still, as Health Council CEO, John Abbott notes in his foreward to the report, understanding the determinants of health is not new; we’ve long known that health is powerfully shaped by economic, institutional, social and cultural factors well beyond the purview of the Ministry of Health. Twenty-five years of policy reports from all levels of government have called for a shift in emphasis from treatment to prevention, and a broadening of prevention from lifestyle education to the full spectrum of determinants of health. And yet inter-ministerial collaboration to address these determinants remains a challenge. Stepping It Up is a welcome and timely appraisal of the potential of whole-of-government approaches to address this, with a much needed Canadian focus.
But make no mistake: the structural barriers and disincentives to whole-of-government approaches are considerable. The Health Council of Canada is to be commended for addressing many of the barriers to translating knowledge into action. Most significantly, key respondents canvassed for the report offer insightful and cogent advice on how to move forward with a whole-of-government approach, based on years of experience and collective wisdom, much of which is not available in the published or ‘grey’ literature.  As a result, the report contains a wealth of ideas about how to work with or around many of the most common barriers.
Reflecting on the report leaves me pondering three questions.
First, how can the system be redesigned to create incentive structures that encourage and reward intersectoral collaboration rather than making whole-of-government work a nice-to-do-when-you-can add-on with uncertain funding, variable leadership, and questionable sustainability? The report offers some intriguing possibilities, but wisely cautions against grasping for one-size-fits-all solutions. The structural dynamics of contemporary political systems place a number of limitations on what can be achieved with even the most ingenious work-around solutions.


Second, while there is much that governments can do (and to varying extents are doing) to show leadership on this issue, for whole-of-government approaches to become widespread common practice, the voting public needs to also demand it. What is the likelihood of that? That turns out to be a harder question to answer.
Given the extent to which the Canadian media frames health as an issue of health care, it is perhaps not surprising that public demand for whole-of-government approaches has been muted. A recent study from Simon Fraser University of over 4700 ‘health’ news stories in 13 major Canadian daily newspapers showed that only 6% of stories linked health to socio-economic factors, whereas 65% dealt primarily or exclusively with issues of health care delivery, management, or regulation. And yet, other research - not just survey research of the kind cited in the report, but qualitative studies that give a more detailed, nuanced and holistic understanding of how people think about health - suggests that the public also intuitively knows that prevention matters, that poverty kills, and that health care, while vital and universally valued, is more about restoring health compromised by other factors than it is about prevention and ensuring the vitality of the population. Moreover, this research suggests that how people explain inequalities in health has a lot to do with their social class and position in the social hierarchy. Not surprisingly, perhaps, those who are relatively privileged tend to claim that good health is the result of personal choice or lifestyle. By contrast, marginalized groups who have experienced institutional racism, classism, poverty, and discrimination are only too well aware of how structural factors and institutional practices powerfully shape well-being. Who decides, and whose voices typically count, in decision-making about government priorities and spending?
When it comes to appraising public appetite for renewed attention to fundamental determinants of health, recent political trends are not encouraging. Governments elected on law-and-order, deficit reduction, tax cuts, and border protection platforms are not obvious allies for whole-of-government action on basic determinants of health such as poverty alleviation. This makes the report’s figures on potential savings on health care spending associated with reducing social inequity (aka “the business case”) all the more compelling in ways that should cut across the ideological spectrum, unite disparate actors, and survive sometimes volatile swings in political leadership.
On a related note, the third question I’m left with arises from the observation that what seems to be lacking here is not knowledge but political will. Convincing politicians of the merits of this work, realigning incentives, creating new organizational structures, and mobilizing public opinion and public pressure seem essential, but potentially insufficient. Beyond these might there be some powerful cultural barriers to doing what we already know would be most effective? Malcolm Gladwell’s 2006 analysis of “million dollar Murray,” about one homeless man with mental health issues bounced in and out of emergency rooms and time-limited programs, illustrates how our societal aversion to the provision of supportive housing, for example, means that in the end we pay much more (fiscally, socially, and in terms of human suffering) than we would with a more proactive and comprehensive approach. Making a strong business case may be important, but it’s not sufficient in the face of such powerful cultural barriers (which, it should be noted, are regularly fueled by neoliberal discourse of ‘welfare cheats’, ‘deserving vs. undeserving poor’, etc.).
The report concludes with a call for “seismic shifts in how government works, and in how politicians and government officials think about health”.  If ever there was a time for out-of-the-box thinking, it is now. Shifting the debate from collaborative service provision to the creation of a Guaranteed Annual Income, to take one example, will not be easy, though at least one municipality in Canada has already passed such legislation.  In a recessionary economy (one that may be long-lasting), lifting up the poor will increasingly mean stepping up redistributive efforts (rather than relying on growth to lift up the poor, though the record on that one is disappointing). Recent history suggests that this will be a challenge.
One thing is clear: health is political!  Whether governments “step it up” with renewed efforts at intersectoral action on fundamental determinants of health depends not just on inspired leadership but on whether Canadians “step up” and demand it. On that score, we have our work cut out for us, even as we acknowledge the incredible work being done by countless citizens groups and NGOs on this front. Ultimately, it is the coming together of state and non-state actors (a mix of ‘top-down’ and ‘bottom-up’ advocated by Glen Laverack and others) that will make this happen. Let us begin!
Dr. Blake Poland is a professor in the Dalla Lana School of Public Health and past Director of the MHSc Program in Health Promotion at the University of Toronto, as well as former Health Promotion Critic for the Green Party of Canada.