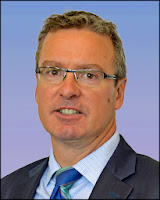 
Three in four.
That’s shorthand for the commitment that the Saskatchewan government made in the spring of 2010, giving all patients the option to have their surgery within three months of being added to the wait list. This was to be achieved in four years, ending March 31, 2014.
In a province that had some of the longest surgical waits in the country, this was a stretch target that, for some, stretched the bounds of reality. But skeptics and believers set out on the journey together, knowing there was no alternative. Patients had spoken, as documented in an extensive provincial healthreview conducted from the client’s perspective.

A coalition was formed with patients, providers, and leaders from across the health system, including many veterans of past wait list reduction efforts. The message was clear: while access is important, so are quality, safety and compassionate patient care.  Furthermore, you can’t achieve and sustain your access targets if you don’t get the quality and safety pieces right. And another thing: don’t just focus on the operating room because the solutions to transforming the patient surgical experience also rest upstream and downstream. From these words of wisdom, the course was set and the Sooner, Safer, Smarter motto was born.

Fast forward to fall 2013, and as we approach the final six months of this four-year journey the results and lessons in health system innovation are coming clearer. The initiative has had some tremendous successes, and some, uh, let’s call them “works in progress.’’.

With half a year to go in the initiative, we’re closing in on our access target. Provincially,  80 per cent of patients are getting their surgery within three months, and 91 per cent within six months. We expect most regions to achieve the three-month standard by March 2014. Regina Qu’Appelle Region will need an additional year, after seeing its wait times head in the wrong direction before turning things around in 2013.  Setting a bold target helped shift the collective mindset from incremental progress to breakthrough action and results. When we arrive at our final destination in five years instead of four, I expect most patients will welcome that result, rather than a vague commitment that things would get better.

On the quality and safety front, we’ve had great success implementing the surgical safety checklist (96% province-wide based on our latest data) and are making steady progress on medication reconciliation at admission (84%). The lean quality improvement revolution that’s underway in Saskatchewan is generating tangible benefits in patient care, patient flow and harm prevention. Pooled referrals and patient pathways are breaking down barriers to timely assessment and treatment. But we’re only scratching the surface on the Safer, Smarter aspects of surgical care.

While tremendous improvements have been made, the new challenge will be working as a system to sustain the gains and continuously improve. The Saskatchewan Surgical Initiative is demonstrating what’s possible by gathering a dedicated group of people around a common vision and a bold target and releasing them to make it happen. You can find out more at www.sasksurgery.ca .

* CLICK HERE to view the video featuring Mark Wyatt and his colleagues on how the Saskatchewan Surgical Initiative has improved surgical wait times.