In search of support: the importance of communication in the heath care system 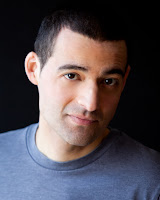 Daniel Stolfi is an actor, writer and producer and currently resides in Toronto, Ontario.  Daniel took his two-year battle with cancer and turned it into the heartwarming and hilarious one person comedy show, "Cancer Can't Dance Like This."  Daniel has shared his story all over Canada and has helped raise over $75,000 for cancer-related charities across the country.  "Cancer Can't Dance Like This" recently won the 2011 Canadian Comedy Award for best one-person show.


In March of 2008, I was diagnosed with Acute Non-Hodgkin’s T-Lymphoblastic Lymphoma.   An aggressive tumour was growing rapidly over my heart and if treatment wasn’t started immediately, this grapefruit-sized mass would end my life in a matter of weeks.  I was just 25 years old and had my whole life to live.
During my two-year chemotherapy protocol, I was challenged to navigate my way through a complex world that was the Canadian health care system.   I struggled to find support from my peers in the young adult stages of life.   I became very vocal about my need for support and was eventually able to convince my doctors to introduce me to another patient around my age who was going through the same thing as me.  After eight months of treatment, I was finally introduced to a 22-year old young adult named Ari.  He was in the midst of completing the exact same protocol as I was, and through this commonality of experiences we provided each other with support to get ourselves through the remaining 60-plus weeks of chemotherapy.   Through patient interaction, engagement and overall communication with my health team, I was able to get what I truly needed to help make my journey a success.

Unfortunately, this process of finding support took much longer than it should have.  Some patients never get that support because it isn’t made clear to them where they can find it.  Communication between patients and health care providers is a simple solution to creating a more empowering journey for any patient.