My experience with the mental health field 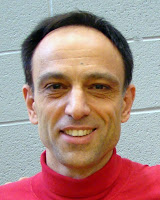 Paolo Scotti is currently the Peer Support Worker for the West Metro ACT Team at Canadian Mental Health Association Toronto and happily thriving in his transformation from his "illness phase" into his "recovery journey”.

I had always considered myself as being very healthy. Maybe I was so confident of my mental and physical strength that I arrogantly dismissed the fragility of life. So, at the age of 31, when I was admitted into a general hospital’s psychiatric ward with a psychotic break, it was totally devastating and completely debilitating. I had no idea at the time, but it was the beginning of my chronic schizophrenia. I am not sure that the physical symptoms of schizophrenia were my worst enemy.


Possibly more damaging was the human reaction and judgment from others, including some mental health professionals when I was first hospitalized in 1992. For example, my hospital psychiatrist was extremely unsupportive. He would get annoyed and inpatient with me, treating me with disrespect rather than a whole human being. I don’t have problems with self-esteem or self-worth. I was just a human being in a vulnerable situation, turning to “professionals” for support and guidance when I didn’t know what was happening to me. I was hoping for compassion, empathy and especially understanding and an explanation. Instead, I was made to feel like it was my fault for what was happening.


For example, when I couldn’t express myself because of thought disorder (a symptom of schizophrenia which no-one told me about even after being in hospital for over a year), I was told I was always repeating myself and that it was “so boring”.  Or, when I would talk about the strength of my religious faith, I was treated with complete contempt, ripped to pieces and treated as a fool and ridiculed. I don’t expect anyone to share my faith, but why not respect my worldview, especially since it may have made the difference between life and death? Just because someone is very ill does not mean that they are any less human and void of feelings.


When I was out of hospital, my community worker was also unbelievably disrespectful. She totally dismissed my goals, desires and my expressed employment wishes. Instead, she literally imposed her ideology on me (based on social goals). She did not listen to me and had no respect for my support systems. She criticized the fact that I lived with my mother, a source of huge support for me. That seemed an issue for her.


Happily, things appear to have changed dramatically in the past 20 years. Now, I work as a Peer Support Worker at a community mental health organization. Every day, I see amazing work done by many outstanding individuals. The mental health system still needs to transform, but now it’s focusing more on a recovery-oriented, strength-based, patient-centered, wellness-focused approach and treating people more holistically.


But looking back, with honesty and without dramatizing, if it were not for proper treatment, for my mom (who was an incredible source of hope and non-judgmental love) and my faith, I might not be here today. Back then, I think I would have seriously considered committing suicide. In my opinion, everyone else, including some mental health professionals in the hospital and in the community, failed terribly. Maybe I was just unlucky. Now, my only professional mental health support is an amazing psychiatrist. All of my family are very supportive now that they understand. However, it is important to say that some professionals, supposedly trained to help you when you’re most vulnerable, may actually harm you more and push you over the edge if you are not aware.